Chosen Charity of the year 2019

Its great to announce that our Charity of the year for 2019 is Style Acre.

Style Acre is a charity which provides person-centred high quality support for over 250 people with learning disabilities and autism. Each and every individual they support is valued and helped to lead a meaningful life whilst realising their potential. They work with families and carers to provide the best possible experience for people they support.

Unlike many other charities, all of Style acres overheads are paid for by there contracted income which means any money we raise for them will go direct to the beneficiaries.

We already have a couple of fund raising events booked in with a charity raffle on our Social & Training day in March.

Leave a comment...
Posted in Charity, News | No Comments »

The Annual CHOKO Beer Festival is now in its ninth year and a firm favourite in the Cholsey village calendar. Since the first CHOKO Festival in 2008, the event has grown and become a highlight of the Cholsey social calendar, enjoyed by over 700 people annually. To date, the festival has generated in excess of £80,000 and in total, CHOKO has raised over £165,000 – a truly amazing achievement. The proceeds are supporting development projects in Uganda and Cholsey.
CHOKO was set up in Cholsey as a community linking project to raise funds in 2005 with the aim of raising funds for disadvantaged families in the Kodumela region of South Africa – hence the name CHOKO, an amalgamation of CHOlsey and KOdumela. Since the beginning CHOKO has become part of the fabric of both communities with the schools exchanging work and learning about each others’ cultures. To give the fundraising a focus and to make sure the people in Kodumela get what they need, specific projects have been identified and these are managed through World Vision. 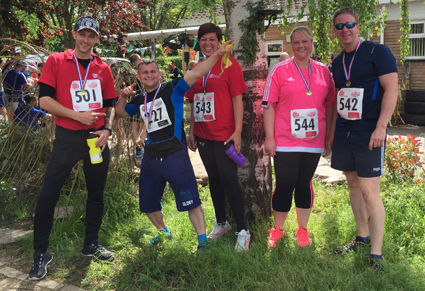 When GA Electrical & Mechanical were approached to sponsor the annual Wallingford Thames Run, office manager Shelley Tricker decided she would try and encourage some of her colleagues to get a team together to enter the race. The intrepid five went into training just two weeks prior to the event, running and fast walking after work three times a week.

Shelly says: “I’d run 5K before but not for the best part of 10 years. Kelly was the real star as she’d never run any distance before in her life. Nathan ended up running 10K because his wife and work colleague Emily is expecting so insisted he should run another 5K on her behalf.” 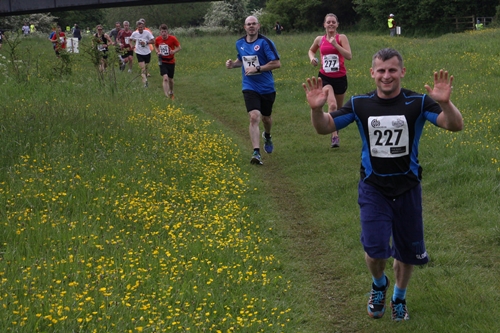 Above: Nathan Wright, still smiling, on his second time around the 5K course.

This great 5K and 10K fundraising run started and finished at Crowmarsh School, a client of GA Electrical and Mechanical. ‘Team GA’ had a target of £500 in mind to raise in aid of the John Radcliffe Children’s Hospital but were really pleased to discover that their efforts had paid dividends to the tune of £800.

“All the training and the odd wobbly moments on the day were well worth it. We’re already talking about entering again next year and working on persuading a few more work mates to join the team”. 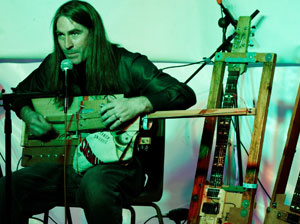 September saw the return of the annual Choko beer festival, and GA Electrical were more than happy to show their support and sponsorship for a fourth and record breaking year, with over £12,000 being raised for Choko and local charities.

With a fabulous variety of real ales, lagers and ciders, fantastic food, music and family entertainment, topped off with stunning sunny weather, the day was enjoyed by all.

Choko was set up in Cholsey as a community linking project in 2005 with the aim of raising funds for disadvantaged families in the Kodumela region of South Africa – hence the name from Cholsey and Kodumela.

GA Electrical has enjoyed supporting this fantastic scheme for a number of years.

So far over £80,000 has been raised, and the Beer Festival has become the biggest single source of funds as well as firm fixture in the Cholsey village calendar. 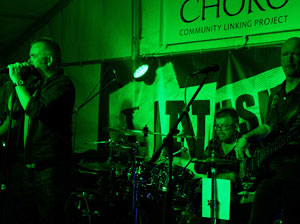 The local charity, Footsteps is also supported by the festival. The Dorchester based Footsteps Centre specialises in the intensive rehabilitation of children and young adults with cerebral palsy and other neurological and neuromotor disorders.

Find out more about Choko and Footsteps.

Over the Easter weekend, members of the GA Electrical team took part in a local Charity event in Cholsey – to help raise money for World Vision.

The mission was to collectively cycle as many miles as possible, on stationery bikes in The Barn, Cholsey to help towards cycling from Oxfordshire to South Africa, all over one weekend!

Carl, Paul, Leigh and Rachel between them clocked up a huge 248km – we also managed to raise £347, with a little help from our customers, friends and family.

Below are the team that helped out at The Barn over the weekend, we would like to thank everyone who donated and supported GA Electrical – and above all, help raise over £300 for a great cause! 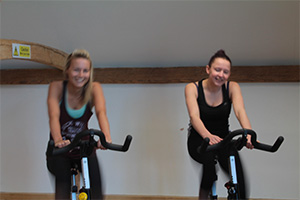 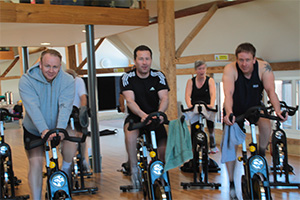 On Sunday 5th April Director Graham Woollard celebrated his 60th Birthday taking to the sky with the GA Team, Carl, Chris, Glenn & Robert in a campaign to raise money for Kidscape. At 12.30pm the team completed a tandem jump from 12000 feet and landed safely. We managed to raise over £2000 for this worthwhile charity and would like to thank everyone who sponsored and supported us.