New addition to the GA Team 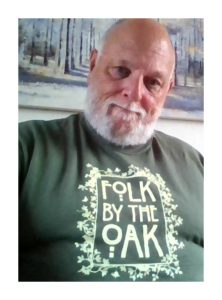 This hirsute guy is Paul Mansell who joined the company as our sales and marketing manager. Originally from a mining village in South Yorkshire called Swallownest, he now lives in Marlow, Buckinghamshire, with his journalist wife Hayley, two ginger toms (Hooch & Scrumpy), and when not studying English at Oriel College Oxford and Royal Holloway respectively, their twin daughters Phoebe and Isabella.

Paul graduated more years ago now than he cares to remember from Wolverhampton University with a BA (Hons) in Graphic Design and has since spent most of his working life providing a wide variety of companies with design, marketing and PR solutions.

A founder director since 2007 of local community radio station Marlow FM, he spends some of his spare time either presenting or producing radio shows. He’s also an enthusiastic supporter of his local Rebellion Brewery and The National Trust.

Paul says: “I’m really enjoying contributing to the continued development and future success of GA Electrical and Mechanical. It was evident from the moment I was first welcomed aboard that I was joining a ‘happy ship’. I trust I can continue to prove myself to be as useful and valuable an asset to the company as all my colleagues demonstrably are.”