Carl and Glenn enjoyed taking part in the Eton Triathlon that much this year, they’ve signed up to compete in the Blenheim Triathlon next year – and roped in a few more of the staff to have a go!

Leigh, Adam and Paul have decided to join Glenn, Carl and the other 6,000 triathletes that compete in Blenheim Triathlon each year. With different categories – Sprint, Super Sprint and Relay distances available, it is the ideal event for anyone from a first timer to an experienced Triathlete. With the official charity being Lukeamea & Lymphoma research, it makes it a worthy event to take part in.

Earlier in the year we told you about some of the other charity events we have got involved with, and it hasn’t just stopped there. 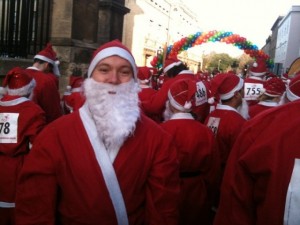 Glenn had a target this year to raise £1,000 for charity during 2012, getting involved in various charity fun runs and marathons. We are pleased to say that he has reached his target, with his most recent charity run being Santas on the Run in Oxford!

And not forgetting the classic “Mo”vember!

We are looking forward to seeing what 2013 will bring… 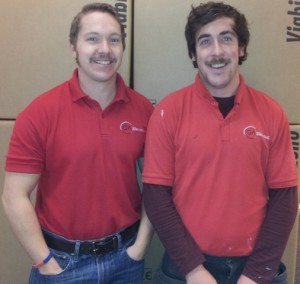 Dave and Glenn, two of the many that took part in Movember 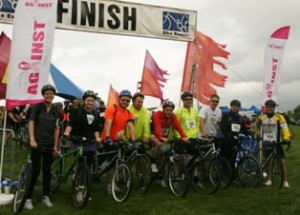 Posted in News | No Comments »