Once more to the rescue… 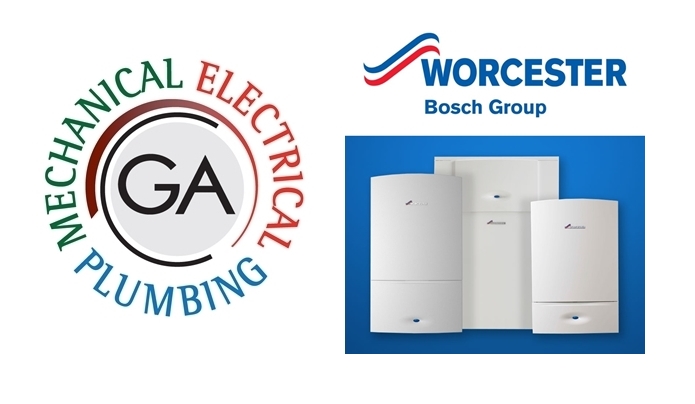 Since launching our new heating and plumbing division, our GA engineers have been kept very busy… which is nice!

I’d like to highlight two emergency jobs in particular that required fast turnarounds. The first occurred just after Christmas when temperatures were at their lowest. A gentleman in his 90s (a nonogenerian) contacted us to report his boiler was on the blink. In fact on investigation, the boiler had given up the ghost completely and needed to be replaced. Our Works Mechanical Manager, Stephen Hogarth, quoted for a budget and a ’top of the range’ boiler solution, the latter being a Worcester Green Star which comes with a five year guarantee; which is what our client opted to go with. His boiler was located in a very difficult location, very high up in a kitchen cupboard. Our engineer had to do some control changes as well and it was a time when we had heavy frost and very low temperatures so a speedy installation was a priority.

The second job was within a Grade 1 listed property in Nettlebed. The owner lives with their father, also a nonogenerian, and in this instance their very old LPG boiler had stopped working. On surveying the job, it was discovered the boiler controls had a faulty pressure switch. Stephen went out himself the next day (even though he was officially on holiday) to replace the faulty part to at least get the heat back on. Although warmth was restored, the decision was made to replace the boiler (again for a new Worcester) because they didn’t want to risk being left in the cold again. We arranged a quick turn around on the boiler replacement, which turned out to be another difficult change. It involved finding a roofing company to help with getting the new flue through the roof, but all went smoothly and now we have two more sets of happy customers. Oh, and if you’re wondering why we recommended Worcester boilers in both instances, it’s because they are ultra-efficient and can save up to £340 a year on energy bills which means they can pay for themselves in just a few years.

If you’d like to talk to us about servicing or upgrading your heating system, call us on 01491 835875 or email reception@gaelectricalandmechanical.co.uk